Professor of Biblical Theology and Ethics 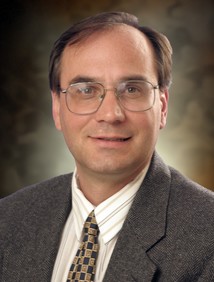 Biography:
Dr. Grams is a professor of Biblical theology and ethics. He has served at Gordon-Conwell’s Charlotte campus from 1992-1997 and again since 2006. He directed the Robert C. Cooley Center for the Study of Early Christianity from 2007-2014. He was the first professor hired for the Charlotte campus, where he taught from 1992–1997.

Dr. Grams has also been actively involved in foreign missions for most of his life. Born in South Africa to missionary parents, he has spent many years overseas in theological education. He has lived and taught in Croatia, England, Kenya and Ethiopia. He has held academic posts at the Nairobi Evangelical Graduate School of Theology in Kenya; the Evangelical Theological College in Addis Ababa, Ethiopia; the Evangelical Theological Seminary in Osijek, Croatia; the Oxford Centre for Mission Studies in the United Kingdom, and the International Baptist Theological Seminary in Prague. He was also a visiting lecturer at the Asia Theological Centre for Evangelism and Mission in Singapore and with TCM, International in Austria.

In addition to teaching at Gordon-Conwell, Dr. Grams presently works with doctoral students through the Oxford Centre for Religion and Public Life.  He also helps establish overseas theological education through the Ridley Institute. He maintains a blog on the Bible, missions, theology, and ethics.

Dr. Grams’ scholarly interests include the integration of New Testament studies with missions, ethics, and theological interpretation. Within New Testament studies, his interests lie in Graeco-Roman backgrounds, biblical ethics, Pauline theology, the Gospel of Matthew, biblical theology, and hermeneutics. Among his various writings, Dr. Grams has written a primer for doctoral students entitled Rival Versions of Theological Enquiry, a reflective mission biography on his parents’ work in South Africa called Stewards of Grace, and a primary source work on the Bible and homosexuality, Unchanging Witness. He also has written books and articles on the Bible, missions, and ethics.  He is currently writing a book on slavery. 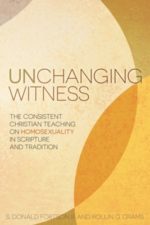 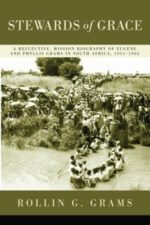