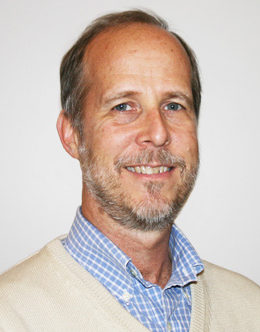 Biography:
Jeff Bass, Executive Director of the Emmanuel Gospel Center (EGC) in Boston, has served in leadership at EGC for over 33 years. He joined the EGC board in 1987, consulted part-time for a year in 1990, became assistant director in 1991, and has served as Executive Director since 1999. A 1981 graduate of Princeton University (BSE, Civil Engineering), Jeff served as a consultant with Arthur D. Little, Inc., managing numerous projects and studies for businesses, non-profits, and government. In 1987, he became the administrator of Ruggles Baptist Church and learned first-hand how an urban congregation works. In 2014, Jeff was granted an honorary Doctor of Divinity degree from Gordon College.

In 1979, Jeff attended InterVarsity’s Urbana Conference. One of the keynote speakers was the Rev. Dr. Michael Haynes, who challenged the 20,000 attendees by saying, “Some of you will be called to the city.” Jeff felt like Dr. Haynes was talking directly to him, and he has been working out this sense of calling ever since. Jeff is passionate about EGC’s mission of strengthening Christian leaders to serve urban communities, and he brings an engineer’s sensibility and a systems approach to ministry and organizational leadership.

Jeff and his wife Ellen built a house in the Mission Hill neighborhood of Boston in 1986 (land was being given away to folks who would live there), where they raised their two sons, David and Peter, and have lived as part of a vibrant, urban community ever since. Jeff and Ellen are also the proud grandparents of Lilla and Reuben.

Jeff got his start at CUME by taking the earlier version of MC621 in 1988 when it was taught by Doug and Judy Hall in the basement of EGC in the South End. Jeff got involved in teaching as a guest lecturer in the Halls’ class in the early 2000s, and later partnered with them in the development of the class. Jeff became the lead professor of MC621 in 2013, and (partly due to the Halls’ influence) highly values a team approach, currently teaching the class with Rev. David Wright of the Black Ministerial Alliance and Dana Wade of EGC. Jeff also serves on CUME’s Board of Advisors.