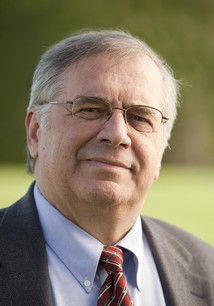 Biography:
A native of Slovenia and a citizen of Croatia in former Yugoslavia, Dr. Kuzmic is the foremost evangelical scholar in Eastern Europe and is considered an authority on the subject of Christian response to Marxism and on Christian ministry in post-Communist contexts.

He co-founded and directs Evangelical Theological Seminary in Osijek, Croatia, the first evangelical theological school in Eastern Europe and the Balkans. He also founded Timisoara Theological Institute, a Romanian school affiliated with ETS. In 1991, in response to the devastating effects of the Balkan conflict, Dr. Kuzmic founded Agape, a humanitarian relief organization, which, along with New Europe Vision, which he also founded, ministers to the physical and spiritual needs of those in the Balkans. He was influential in bringing about the Dayton Peace Awards and served as an advisor on reconciliation for national leaders in the Balkans, the United Nations and the U.S. State Department.

He has also spoken internationally, including plenary addresses at Lausanne II, Urbana, the European Leadership Consultation and the National Association of Evangelicals Fiftieth Anniversary. Dr. Kuzmic is a member of the Lausanne Committee for World Evangelization and many other boards. An ordained minister, he co-founded and chairs the Council of the Evangelical Christians of (former) Yugoslavia and is President of the Protestant Evangelical Council of Croatia.

He has received the Merrill C. Tenney Award for New Testament Scholarship and an honorary D.D. from Asbury Theological Seminary. He is an honorary member of the Croatian Helsinki Committee for Human Rights and has received the Presidential Award of Croatia. He also received the Helsinki Award for Human Rights and Religious Liberty in recognition of his work in promoting inter-religious dialogue. Dr. Kuzmic is an award-winning author and founded and serves as the editor of Izvori, a Christian monthly journal in the Croatian language.

He enjoys reading, keeping up with the news and collecting old Bibles. He and his wife, Vlasta, have three daughters and three grandchildren.