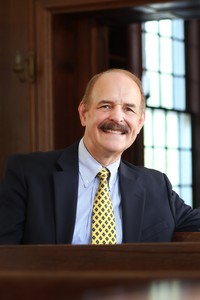 Over the years Dennis has served in administrative, pastoral and seminary teaching ministries, including Vice Provost at Messiah College, Pastor of the Washington Community Fellowship on Capitol Hill in Washington, DC, and Associate Professor of Church & Society at Alliance Theological Seminary in Nyack, New York.  He has served as an adjunct or visiting professor at international seminaries in Russia, India, Ukraine and Indonesia and lectured in universities and seminaries in a number of other countries.  He has also served as a visiting professor of Christian Ethics at Trinity International University, in the graduate program in Bioethics.

Dennis is a frequent speaker in churches, pastors’ conferences, seminaries, colleges and academic forums.  He is the author of four books, including The Meaning of Sex:  Christian Ethics and the Moral Life (Baker), Head, Heart, Hands:  Bringing Together Christian Thought, Passion and Action (Inter Varsity Press), and Choosing the Good: Christian Ethics in a Complex World (Baker).  He has authored more than eighty articles, mostly in ethics (including bioethics), church and society, and preaching, and has served as the co-editor for the Eerdmans book series, Critical Issues in Bioethics.

He was a board member for the National Association of Evangelicals, and also served on the boards of Hope International, the Boise Center for Religion and Public Life at Boston College and the CS Lewis Institute in Washington, DC.  Dennis is a Distinguished Fellow with the Center for Bioethics and Human Dignity in Bannockburn, IL, sits on the Ethics Committee for Atrium Carolina Medical Center in Charlotte, NC, and for many years was a member of the Health Care Ethics Committee at Holy Spirit Hospital in Camp Hill, PA.  He recently served as chair of the board for the Boston Theological Institute and also as the President of the Fellowship of Evangelical Seminary Presidents.

Dennis received the BA from Elizabethtown College, the M.Div. from Trinity Evangelical Divinity School, the MPhil and PhD from Drew University, and did post-doctoral studies at Oxford University.  He and his wife Dr. Mary Ann Hollinger live in Charlotte, NC and have two adult daughters, Daphne (married to Ryan Fowler) and Naphtali (married to Nathan Mitten). They have six grandchildren: Ella Grace, Landon, Maya, Eden, Harrison and Hudson. Mary Ann recently served as a Special Assistant to the Seminary for Global Education at Gordon-Conwell Theological Seminary. 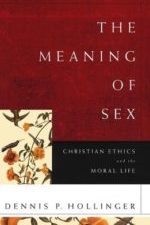 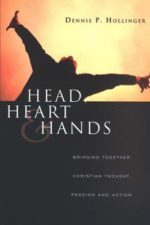 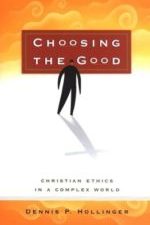