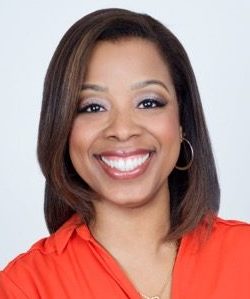 Dr. Martin is the Adjunct Professor of Ministry and Leadership Development at Gordon-Conwell in Charlotte. She also serves as the Executive Director of Trauma Healing at American Bible Society where she oversees the ministry of Bible-based healing groups domestically and abroad. She is active in ministry as the Discipleship Lead at Kingdom Fellowship AME Church in Maryland and formerly served as the Executive Minister at The Park Church in Charlotte, NC.

Dr. Martin is the author of Made to Lead: Empowering Women for Ministry and Leaning In, Letting Go, a best-selling Lenten Devotional with Chalice Press. Her articles have been featured in USA Today, Christianity Today, The Christian Post, and The Charlotte Observer. She was named one of the “Top 40 Under 40 for 2017” by the Charlotte Business Journal and has been inducted into the prestigious Dr. Martin Luther King Jr., Board of Preachers at Morehouse College.

Dr. Martin serves on the Board of Trustees at Gordon College and on the Board of Directors for the National Association of Evangelicals. She is the founder of Soulfire International Ministries, which focuses on empowering others to reach their fullest potential in Christ.

Dr. Martin is married to her best friend, Dr. Mark Martin, and they have two beautiful daughters, Addison and Josephine. Above all, she has a passion for God, a contagious excitement for the Gospel, and an insatiable desire that God be glorified in her life and in the world.