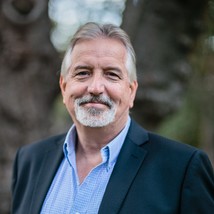 Biography:
Prior to his academic career, Dr. Barnes spent many years as a senior international executive for several multi-billion dollar companies doing business on six continents. He has also served as a bi-vocational pastor in both the United States and the United Kingdom where he holds dual-citizenship.

In 2007, Dr. Barnes began serving as a chaplain and mentor to international graduate students at Oxford University. As part of the Oxford Character Project, the Graduate Christian Union, Trinity Forum, and the Veritas Forum, he encouraged skeptical graduate students to consider the Gospel of Jesus Christ and nurtured Christian students in the integration of their faith and work. In 2013, he was named inaugural Dean of the Marketplace Institute, Ridley College, Melbourne, Australia.

Professor Barnes’s fellowships include: the Oxford Centre for Religion and Culture (Regent’s Park College, Oxford), IFES (Leuven, Belgium), Ridley College (Melbourne, Australia), and the Royal Society for the Encouragement of Arts, Manufactures and Commerce (FRSA). The Society was founded in 1754, and Charles Dickens, Adam Smith, Benjamin Franklin, Karl Marx, William Hogarth, John Diefenbaker, Stephen Hawking and Tim Berners-Lee are some of the notable past and present Fellows.

Professor Barnes’s main areas of research and teaching are the intersections of theology and economics and faith at work. He has published numerous papers in the U.S., U.K., and Australia. His recent book projects include Light From the Dreaming Spires: Reflections on Ministry to Gen Y (Resource Publishing, 2017), Redeeming Capitalism (Eerdmans, 2018), and “Religion and Business Ethics: Religious Perspectives on Business” in Routledge Companion to Business Ethics (Routledge, 2018).

Dr. Barnes is married to Debby, a singer, songwriter and professional voice-over artist. They have three grown children: Bernadette, Christian and Julia and three grandchildren: Luca, Mylo and Giovanni. 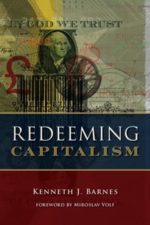 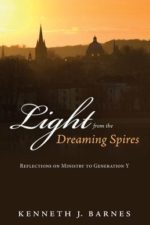