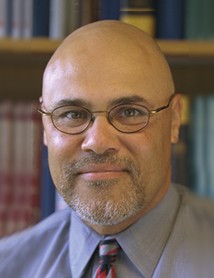 Biography:
Dr. Cooper currently teaches at the Charlotte campus, but he has also taught at Gordon-Conwell’s South Hamilton, Boston and Jacksonville campuses. While in New England, he served as Associate Pastor and led the men’s ministries at historic Tremont Temple Baptist Church in downtown Boston.

From 1995-1997, Dr. Cooper served as the National Director of Promise Keepers. He also served as the first Executive Director/President of the Houston Bible Institute, now called the College of Biblical Studies, in Houston, TX. One of the very first multi-cultural institutions in the country, the Institute now has nearly 2,000 students and the same multi-cultural emphasis.

In addition to serving as a teacher, Dr. Cooper is an internationally known speaker. He has spoken at the Pentagon, Promise Keeper Stadium events, Dennis Rainey “I Still Do” conferences and various Bible conferences. He has made several trips to Africa to work with the Association of Evangelicals of Africa and Madagascar and has spoken at conferences on military bases in Korea. Dr. Cooper served as chaplain for the Houston Oilers and the Houston Astros franchises and has spoken to many other professional teams, including the Pittsburgh Steelers, Dallas Cowboys and Houston Rockets.

Dr. Cooper also specializes in consulting with organizations in developing a healthy organizational culture and creating open systems for connection and community. Dr. Cooper has worked with such groups as Honda Motors and United Airlines among others. Dr. Cooper also is a certified Cultural Intelligence consultant and Cross-Cultural Conflict Resolution expert. He has been certified to lead seminars and do consulting with organizations in the profit and non-profit arena. Wells Fargo Bank is one of the several groups he has worked with in this area. Dr. Cooper is certified by several groups: The Cultural Intelligence Center under Dr. David Livermore in Grand Rapids Michigan; The Intercultural Development Institute under Dr. Mitchell Hammer in Olney, Maryland and Stir Fry Seminars and Consultants under Mun Wah Lee out of Berkeley, California. Dr. Cooper also works with Mosaix with Dr. Mark DeYmaz as a consultant for churches, non-profit organizations and Denominations in Cultural Intelligence.

Dr. Cooper has won several awards, including the H. A. Ironside Award in expository preaching from Dallas Seminary, the Outstanding Young Men of America Award, the Rotary Four-Way Test Award and the John Philip Sousa Music Award. He is also a member of Who’s Who in American Colleges and Universities.

Dr. Cooper is an experienced counselor and specializes in his private practice in couples, families and minority and men’s issues. He is a licensed clinical psychologist in North Carolina and was a part of the examining panel for psychologist licensing in Colorado.

Dr. Cooper’s personal interests include golf, weight lifting, music, travel and reading. He is married to his best friend, Nancy. 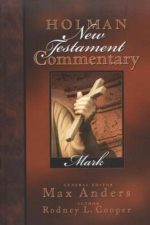 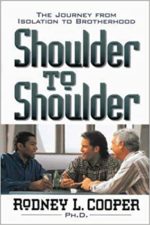 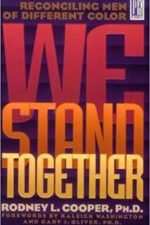